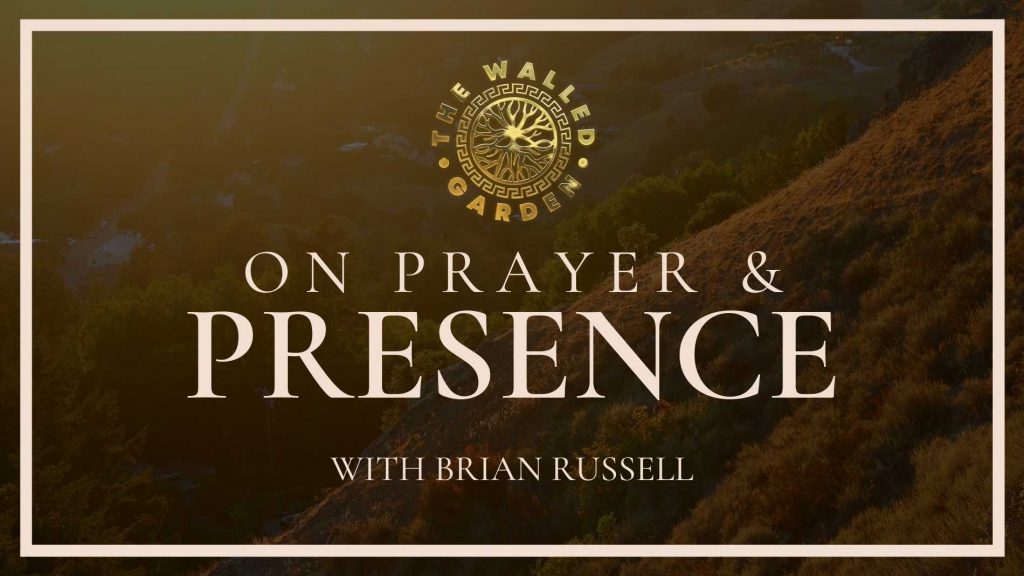 ON PRAYER & PRESENCE WITH BRIAN RUSSELL ABOUT THE EVENT Join Simon Drew and Brian Russell for a conversation “On Prayer and Presence.” Brian D. Russell, Ph.D, is an award winning teacher, speaker, and spiritual coach. He serves as Professor of Biblical Studies at Asbury Theological Seminary (Orlando campus). His personal mission is to contemplate, […] 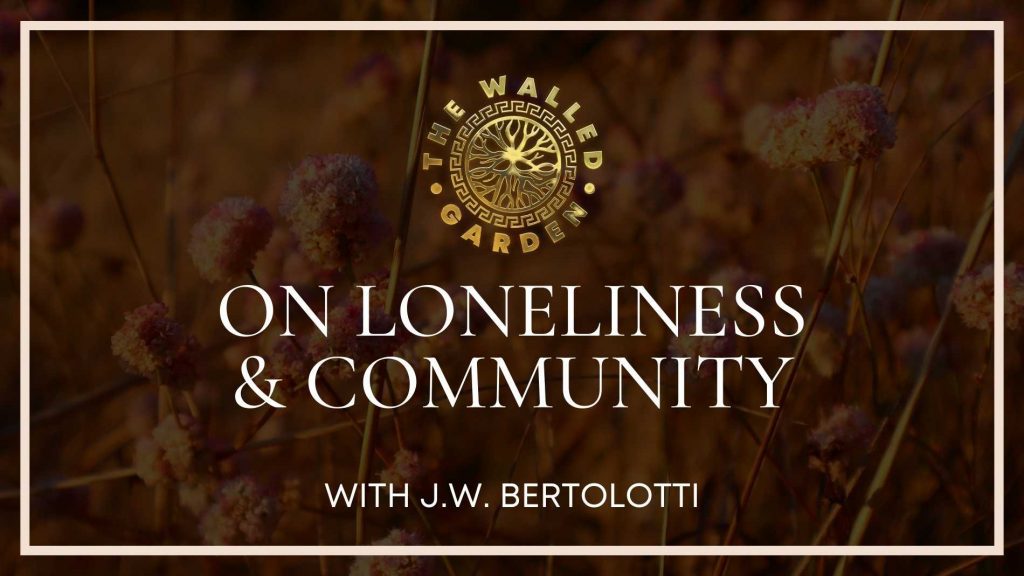 ON LONELINESS & COMMUNITY WITH J.W. BERTOLOTTI Join J.W. Bertolotti to discuss “Universal Truths for Living in an Age of Isolation.”https://youtu.be/y2LvS4LiS0s FACILITATOR J.W. BERTOLOTTI As a contributor to The Walled Garden Philosophical Society, I explore, write, mentor, and find meaning and connection with this growing community of seekers and curious minds. LEARN MORE SUBSCRIBE TO […] 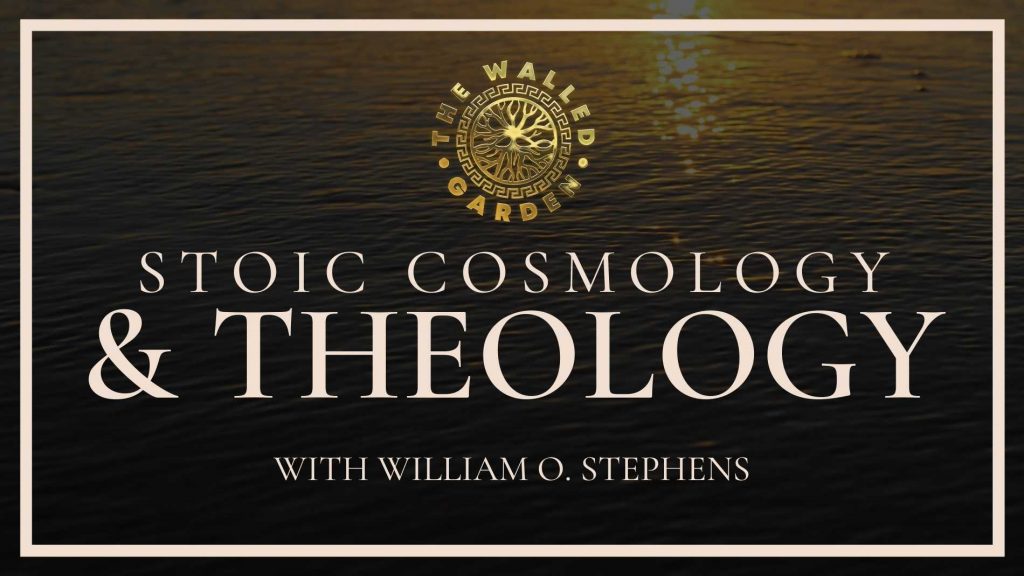 STOIC THEOLOGY & COSMOLOGY WITH WILLIAM O. STEPHENS ABOUT THE EVENT Join Simon Drew and renowned Stoic scholar and professor William O. Stephens for an in-depth conversation on the theology and cosmology of the Stoic school of philosophy.  William O. Stephens is the Professor Emeritus of Philosophy at Creighton University. His interests include ancient Greek […]

Philosophy and Music: A Dialog and a Dance 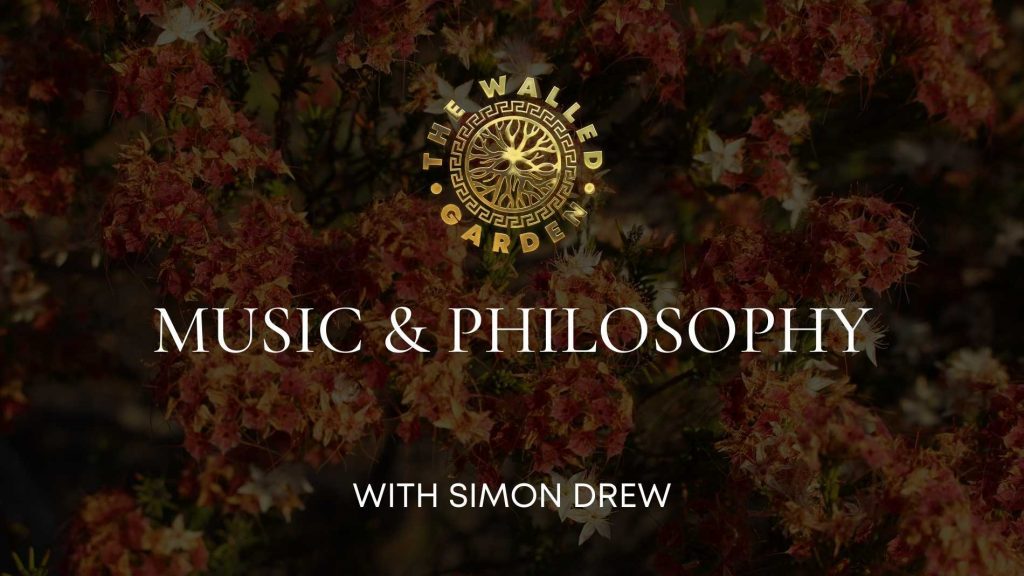 PHILOSOPHY AND MUSIC SIMON DREW ABOUT THE EVENT Simon Drew will be filling in for Sharon Lebell covering the topic of music and philosophy. We’ll be exploring the importance of having a well-rounded approach to our philosophical exploration, as well as touching on some key lessons that philosophers and seekers can learn from the great […]

PROSOCHE: STOIC MINDFULNESS WITH DAVID ALEXANDER Prosoche is the ancient Greek word for “focused attention” used by the Stoics as an important first step for a student of philosophy on the journey to understanding Wisdom and Virtue. My understanding of Mindfulness is particularly informed by Buddhism and the psychological perspective of mindfulness informed by Marsha […]

Are There Objective Values? 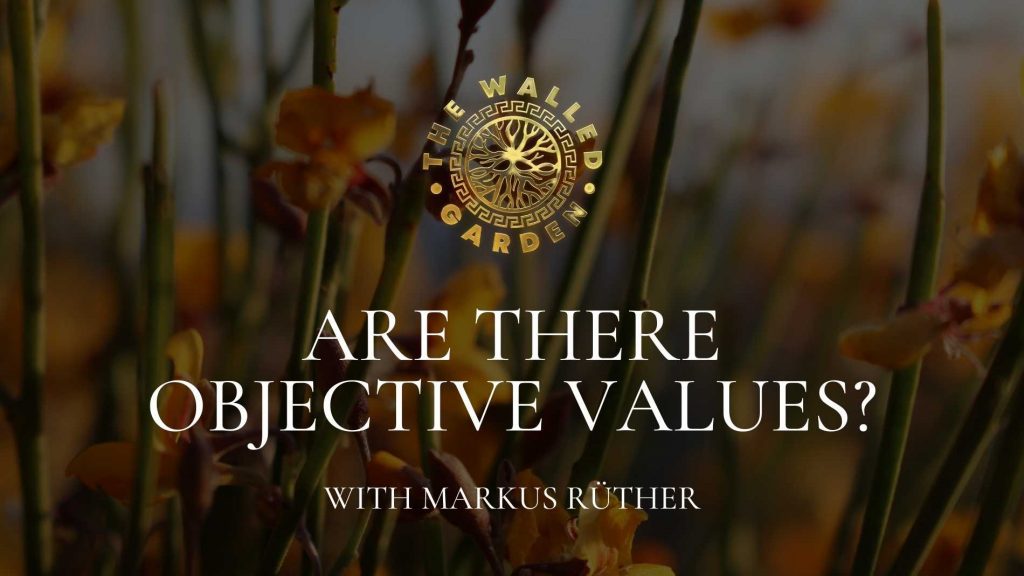 Are There Objective Values? MARKUS RÜTHER In my own writings, I defend a theory called moral realism which says that values are independent facts of the world. They are hard to discern, of course, but they are as real as chairs and tables. If that is true, it has some interesting implications for how we […]

Making Meaning in Spite of Absurdity and Evil 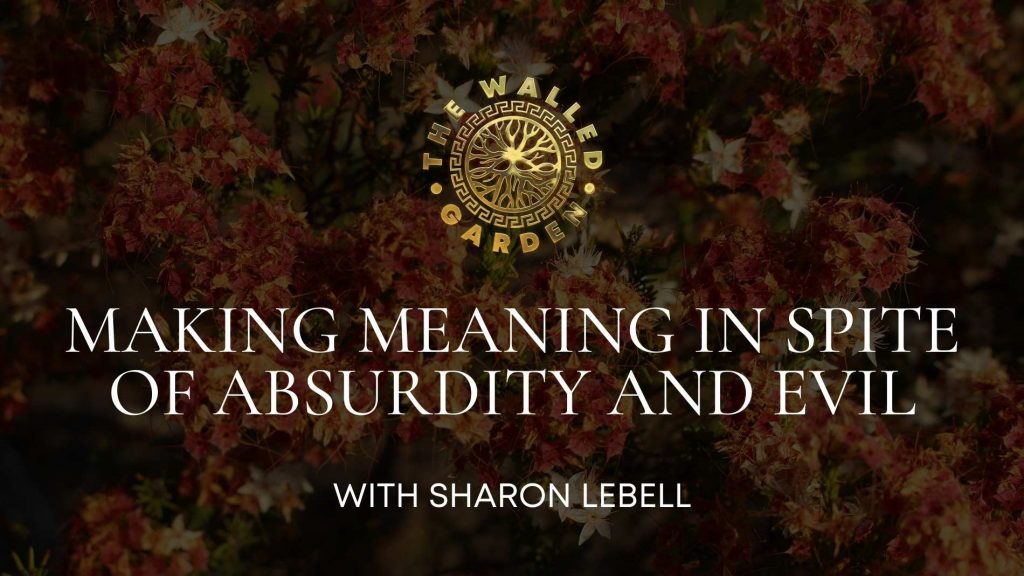 MAKING MEANING IN SPITE OF ABSURDITY AND EVIL SHARON LEBELL ABOUT THE EVENT If we keep up with world events, it is difficult to avoid despair or nihilism. There is so much work that needs doing to repair our world. Lest we lose heart, it is important to remember that happiness is not always possible, […]

The Poetic Genius of Heraclitus 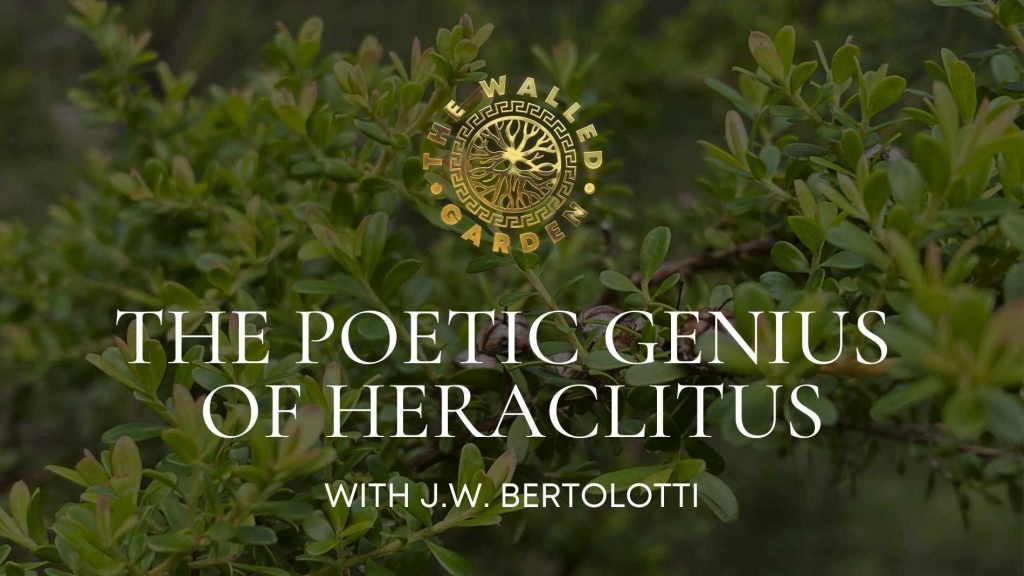 THE POETIC GENIUS OF HERACLITUS JOSHUA BERTOLOTTI Hail to Heraclitus! For some strange reason, I have been gnawed at by the question of how one can change their life. This question naturally brought to the wisdom of the Greek philosopher Heraclitus (c. 535 – c. 475 BC), by way of this quote, “No man ever […]

The Heroism and Vulnerability of Marcus Aurelius 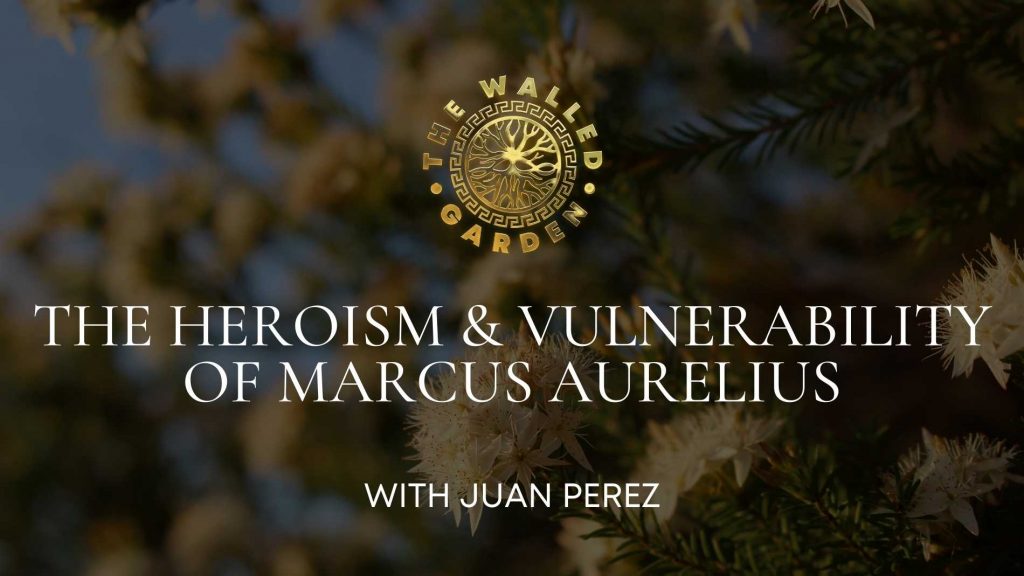 THE HEROISM & VULNERABILITY OF MARCUS AURELIUS JUAN PEREZ ABOUT THE EVENT Marcus Aurelius has had a heavy influence on my life. He was a philosopher and a leader, but most importantly a conscious human being. In his Meditations, you can feel his pain, struggle and the vulnerability of the human condition. The latter is […]

Tribute to Albert Ellis: Stoicism as the Root of Cognitive Behavioral Therapy (CBT) 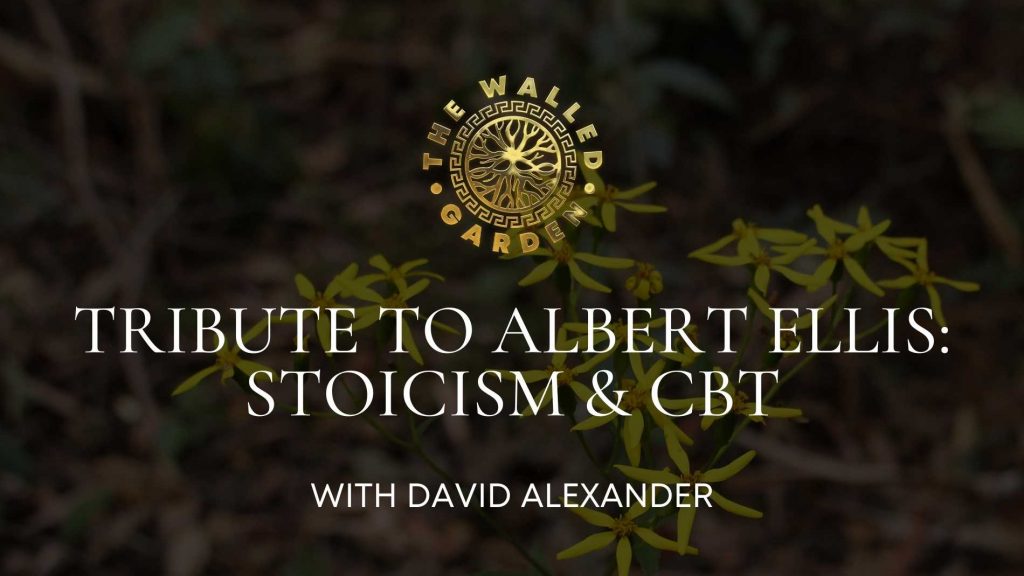 TRIBUTE TO ALBERT ELLIS: STOICISM & CBT DAVID ALEXANDER https://youtu.be/XEH71M0E3qAAlbert Ellis was the founder of Rational Emotive Behavior Therapy (REBT). Ellis wrote about how he was influenced by Stoic Philosophers and his theory underlying REBT continues to influence the modern practice of Cognitive Behavior Therapy (CBT). Ellis was the first author who formally introduced me […]