“The body is a river,
The soul a dream and mist,”
A timely observation
From a sage within my midst.

Or will I watch it flow right through
One ear and out the next?
Will I settle for a life wherein
My soul remains perplexed?

Will I value not my freedom?
Will mine eyes not care to look?
Could these words be providential,
Or just some scribblings in a book?

Nay, further introspection
And a will to understand,
And a single aim: perfection
In my word and my command,

Is the proper set of tools
To, my consciousness, expand,
So I’ll follow this advice and catch
This Wisdom in my hand!

And I’ll start by climbing high
Above my own minute perspective
On a ladder to the stars to gain
A cosmic recollective.

From here, I’ll run and play,
I’ll dance among the constellations,
And I’ll sing a song of prayer
With incorporeal congregations.

I’ll fly into infinity—
A grand imagination—
Throwing caution to the wind,
That I may aid my soul’s inflation.

And when I’ve sucked the marrow
From this cosmic occupation;
When my soul hast felt the grandeur
Of divine communication;

When I’ve purged my mind of all
Its spiteful, stubborn reservations,
I shall turn and look upon
My tiny world and all its nations.

And here I’ll gain a vision of
My dreadful imposition;
I’m a spec upon a dot
Within an infinite division.

And I’ll pause for just a moment,
Comprehending—if I can—
Of my total insufficiency
In view of this great plan.

But if I wish to know myself
And understand my worth,
I’ll have to step up to the mark
And fall back down to Earth.

For there I’ll be within my dream,
And I’ll visualise each part,
And I’ll see my eyes and hands and feet,
And I’ll even see my heart.

And then I’ll take some flowing breaths,
And I’ll dive yet even deeper—
Right on down into my atoms
Which dissolve into the ether.

And here I’ll learn that atoms—
Like the Cosmos—do not end,
For the Tree won’t reach great heights
Without its roots which twist and bend.

And the roots would not be growing
If not for the seed and soil,
And doth not a meagre atom, too,
Descend the cosmic coil?

For even in an atom,
There exists a world to see;
There are ever-smaller portions
Spinning in a quiet sea.

I’ll take it even further
If imagination asks,
And I’ll see there is no end to all my
Mother Nature’s tasks.

I’ll see that I am floating
Through a sea of information,
For each layer tells a story
That it builds from its foundation.

And if my eyes are open,
And if my ears doth hear,
And if my heart can feel,
Then the answer will appear,

That all the smallest aspects
Of this infinite expanse,
Do exist in every breath which doth
Allow this graceful dance.

And my soul is spinning softly
Through an endless velvet fog,
And there is no in or outward,
For it’s all within the smog.

And my body is a river
Which doth flow with every breath,
And it changes every instant
From its birth until its death.

And if I would now be wise,
I would see that all is none,
And that I am just an image
Looking out upon THE ONE.

And if I grasp this fully,
And if I will read the plot,
I’ll taste of life, eternal,
And I’ll see my glorious lot!

For here, I’ll be Aligned
With a knowledge, now sufficient,
That my understanding pales
Up against cosmic omniscience.

And now I’ll know my purpose,
And I’ll understand my dream,
For I’m here to gather knowledge
Of this all-pervading scheme.

And I am as the eye which
Looketh out into the void,
For I transfer information
To THE ONE—the great toroid.

And my body doth contain
An ancient mem’ry of the past,
And a vision of the future,
With the Logos as my mast.

And the Logos is my spark
Of this divinely ordered Whole
Which doth spin and turn and tumble,
And doth shape my very soul.

And my mind doth comprehend
Not a spec of what’s to know,
So I’ll trust that as I wonder,
Holy words, through me, will flow.

And I’ll catch these words that floateth
From THE ONE into my heart,
And I’ll set my aim at virtue,
That, from Wisdom, I’ll ne’er part.

And I’ll run and play and wonder,
And I’ll see what is to see,
And I’ll listen to the Logos,
Which doth burn inside of me.

And I’ll learn in every moment,
And I’ll set my lamp alight,
And I’ll fill my heart with Wisdom,
Which doth shine so clear and bright.

And my flesh will take the hindmost,
And my soul will take the reins,
And I’ll build my Holy Temple
Which will transfer all my gains

To THE ONE, who is the alpha,
The omega and the all,
And I’ll hope that when my flesh doth die,
This Wisdom, I’ll recall. 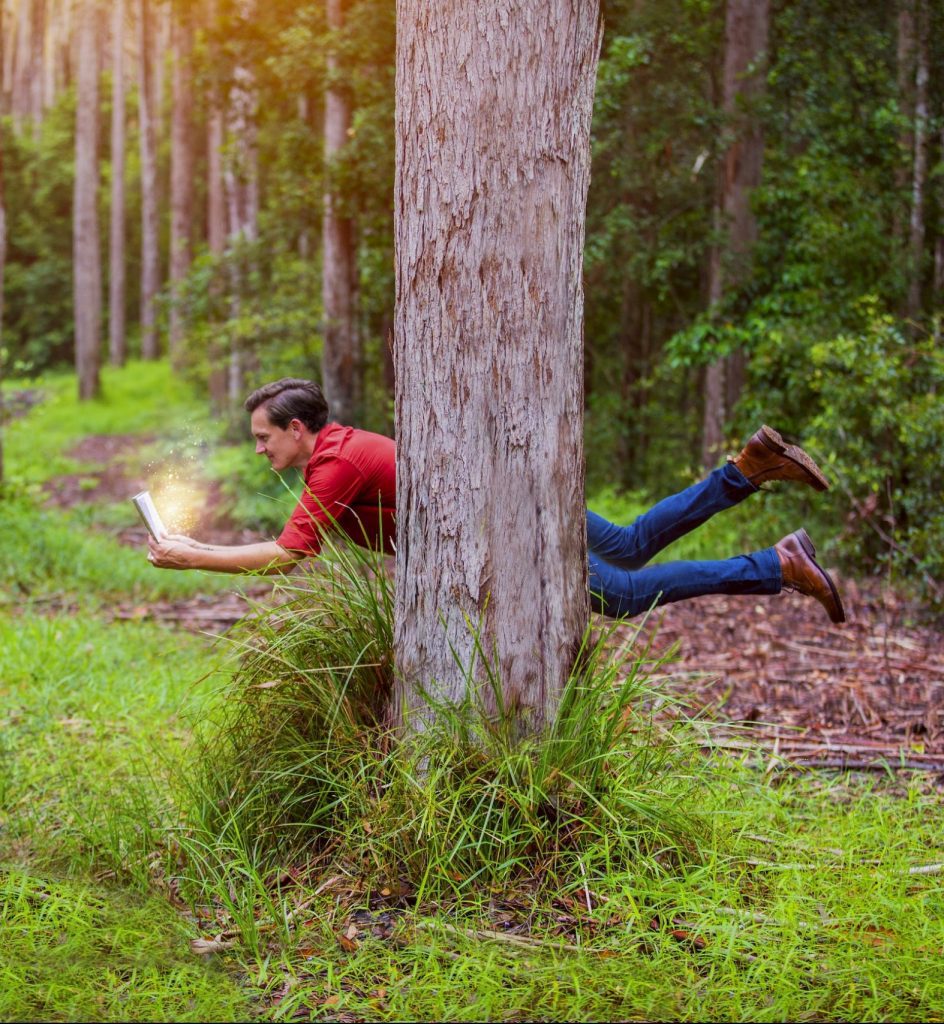 All rights reserved. No part of this eBook may be transmitted or reproduced by any person or entity, in any form or by any means, including but not limited to copying, recording, scanning, or by any information storage and retrieval system, without prior written permission from the publisher and author.