VIRTUE: WHAT IS IT? WHO DECIDES?

I write to inspire constructive conversation among the philosophically-minded, students of modern Stoicism, the Stoic-curious, and those who consider themselves to be Stoics. I encourage my readers to favor “living the questions” over marshaling arguments to advance or defend cherished or conclusive points of view. Living the questions keeps us honest and helps us continue growing as philosophers and as decent human beings.

Two weeks ago a podcast interviewer posed to me the question. It’s the one that arouses some of the strongest criticisms, as well as staunchly passionate defenses of Stoic virtue and the whole Stoic enterprise. At the time, this ticklish question resulted in dead air. The silence of unrushed contemplation is not suited to keeping a listening audience engaged.

Scrambling to fill the void, I sputtered a partially thought-out answer—I don’t remember what I said. I was flustered and knew my words, the moment they left my mouth, to be an insufficient response to a legitimate, important challenge.

Before lobbing the question, the show’s host had asked me to give her listeners an introduction to Stoic ethics geared to the intellectually curious unfamiliar with Stoicism’s fundamentals. So, I laid out the basics. I described the Stoic ideal of living in agreement with logos, with nature. I explained the Stoic conviction that virtue, all said and done, is the only good, and that directing one’s life towards it leads to eudaimonia, to serenity, to a flourishing life.

I described the four cardinal subdivisions of the Stoic conception of virtue: wisdom, justice, courage, and moderation. I talked about the specifically human endowment of reason, the one that separates us from animals, that, if properly trained, allows us to skillfully investigate our own thinking and to discern the difference between what we can control and what we can’t.  These powers of reason can also be used to sort the worthy from the unworthy and, especially, to see our passions clearly for what they are, so that they don’t emotionally impair us.

Our trained ability to reason further helps us clearly recognize the perhaps difficult, but imperative moral choices and actions we must take if we are to achieve our potential as human beings and live with dignity and as assets to the commonweal. I introduced the Stoic emphasis on personal and civic duty and its spirit of cosmopolitanism and how these too are an essential component of the Stoic virtuous life. And so on.

I paused for a break from my verbal overdrive, and it was then that she pitched the question. “But who decides?, she asked. What she meant was, who or what is the arbiter of what are or are not virtuous words or virtuous deeds or virtuous choices? In other words, it’s all well and good to speak of “virtue”, of “choiceworthiness”, and to divide these things into categories to chit and chat about. But, how do we really know for sure when we have acted with courage, temperance, wisdom, or justice?  Is it just up to us, to ourselves to decide? From where, whom, or what do we get our  moral authority, and how can we be sure we aren’t being self-serving or delusional? Gotcha.

Who hasn’t heard of someone deciding he is the second coming of Jesus or she is the Messianic Mistress or “God told them to blah, blah, blah.” How many of these earnest (or opportunistic, predatory, etc.) self-appointed prophets lead their followers to believe that their superior insight into the cosmos or the human condition gives them a free pass when it comes to their own morally dubious behavior? Somehow the regular laws don’t apply to these folks. Okay, maybe we are not as extreme or as authoritarian, but are we really that different from them? How do we know—for sure? Just because we are not cult founders does not guarantee that our conceptions of the good are correct.

In many ways virtue is simpler to understand within a framework of some organized religions. Thou shalt do this. Thou shalt not do that. You also have not only sacred books and clerical leaders to remind you what virtue is and what it isn’t; you have a community that regularly meets in worship or ceremony to reinforce the religion’s definitions of virtue.

Virtue, however it is prized or expressed, be it as courage or wisdom, for example, is always situational. We make and enact our moral decisions within the context of what is actually happening. One can imagine, without too much difficulty, a situation in which yelling “Kill him!” would actually be the righteous choice, because perhaps a heartless psychopath is poised to torture and murder some innocent children. There are no moral absolutes, except we also know that there are. It’s a vexing paradox. We toggle between formulations of virtue that are absolute and those that are proximate. A group of ordinary people of moral maturity tend to agree that certain common moral principles and behaviors predicated on consideration of others, the desire for a functional society, and for our own sense of self respect are self-evidently virtuous.

Still, we also know that there can be people, very rational, though perhaps heartless people, who deeply believe their thoughts, words, and deeds are guided by virtue, and yet they are evil tyrants. I don’t need to name names.

And so, I put the question to you: How do you know what is good? What incontrovertibly determines that which is virtuous and that which is not? 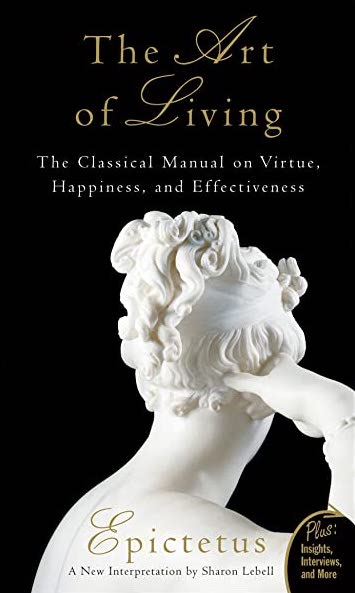